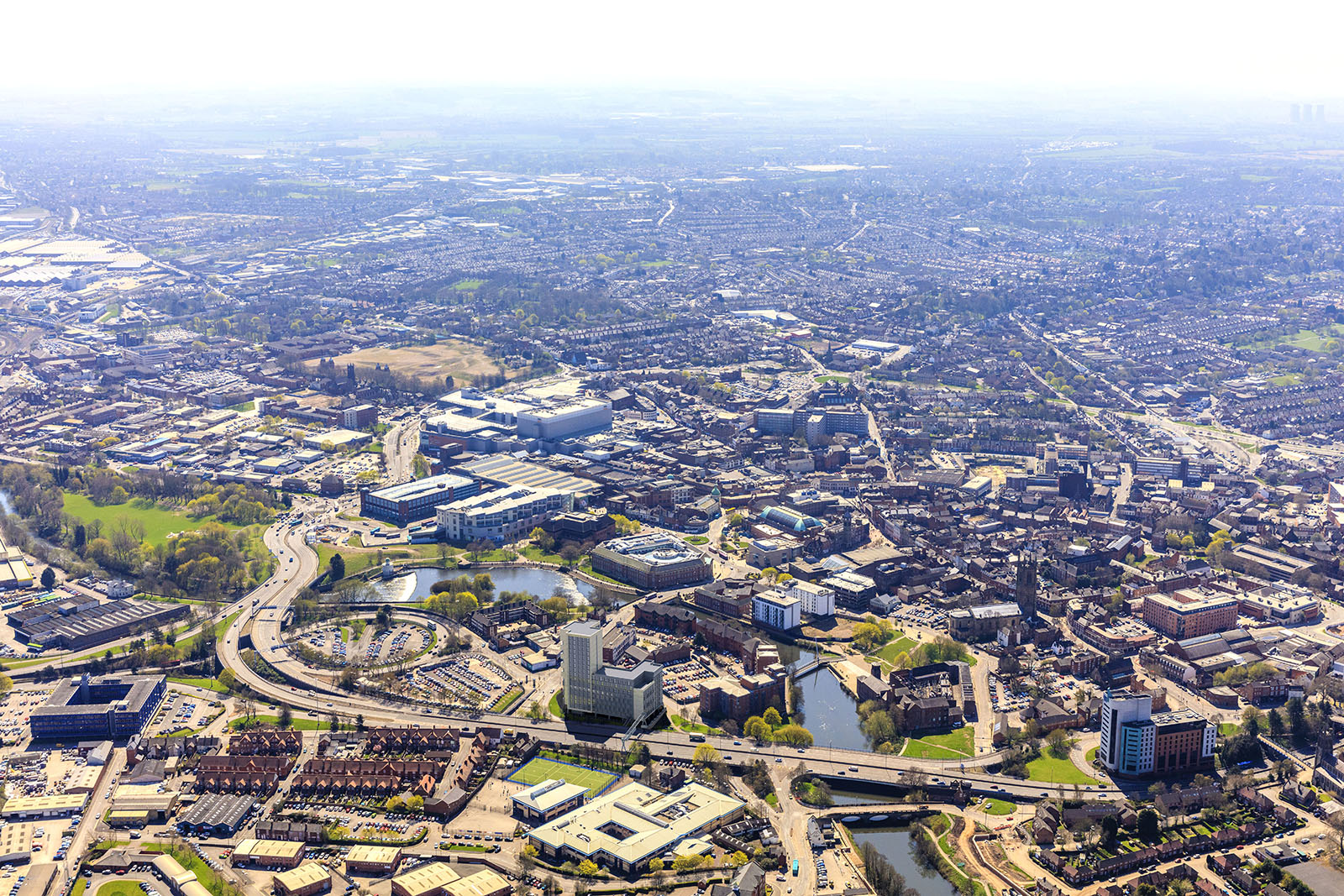 The Landmark, the 201 apartments scheme to be constructed by Godwin Developments, has finally cleared the last remaining hurdle with Derby City Council, allowing an 18 month construction schedule to start in summer 2019.

Councillors have agreed the Section 106 arrangements for The Landmark, which will see Godwin contribute towards issues such as flood defense, trees and a traffic preservation order. Godwin are contributing more than the suggested amount according to the district valuer for an inner city regeneration scheme of this kind.

The Landmark will be a “built to rent” *(BTR) scheme with 201 apartments aimed at young professionals with onsite facilities such as a gym, residents’ lounge and concierge service.

Gurdeep Gill, Associate Director, said they were at the point of appointing a nationally-known Midlands contractor and the development would create a host of job and supply opportunities for Derby people and local businesses.

“The Landmark is being built specifically with Derby people in mind. We know that big corporations such as Bombardier, Rolls Royce and the NHS take on around 300 graduates a year, with half new to the area.

“The Landmark will enable them to work close to their employment and help them to integrate naturally into city life.

“In this way, we hope that the tendency for graduates to drift away from Derby can be halted and more people encouraged to stay and build a career here.”

He pointed out that graduates are often not in a position to buy immediately, which was why the growing BTR market was so important to the provision of quality accommodation.

Mark Jackson, Planning Partner at Cushman & Wakefield said: “This development will act as a catalyst for Derby City Centre and provide much needed PRS accommodation to meet the needs of key employers in the city such as Rolls Royce. Godwin Developments has worked in collaboration with the City for over two years and the outcome is well deserved.”

Once built, it is estimated that between 10 and 15 full time jobs at The Landmark will be created, but the construction phase could involve as many as 900.