BTR Forum – The Diversification of Build-to-Rent 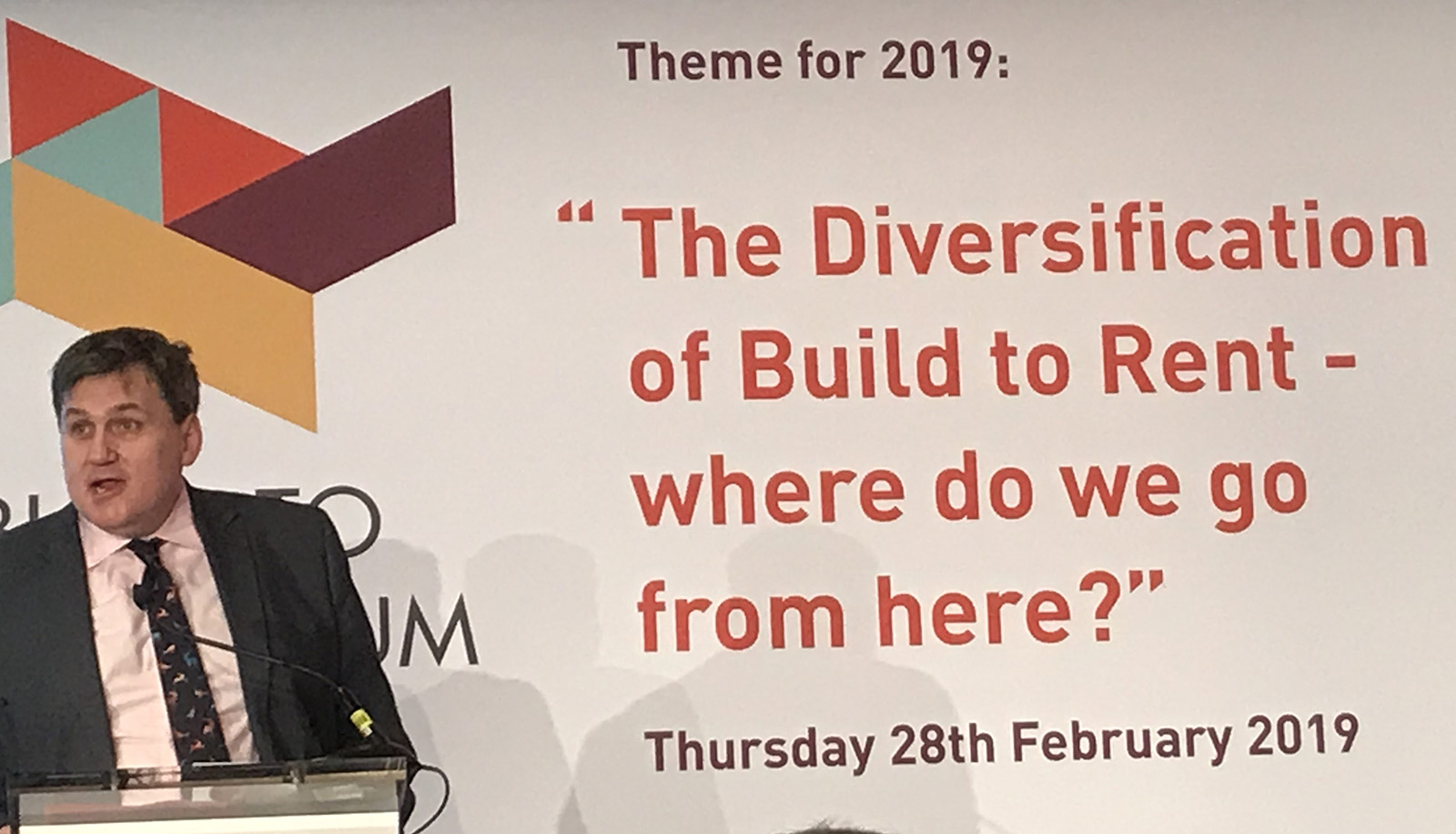 12 months on from the last BTR London Forum, confidence and money invested into the sector continues to grow, albeit faster than actual schemes delivered.

Adam Challis of JLL’s view was that the UK BTR market (or as we should be calling it according to JLL, Multifamily market), has now the 2nd largest residential investment volume in Europe at 6,850m Euros, with only Germany now ahead of the UK. However, to stay globally competitive in attracting investment, the UK BTR market needs to progress and continue to grow and not be stifled by political uncertainty around Brexit and concerns over any political intervention into the sector, such as rent control. Regulating an emerging sector is not always the best approach, however guidance and best practice is welcomed.

Kit Malthouse MP continued his campaign for more, better and faster when it comes to home building with his usual view that robot bricklayers are the future. The Government is supporting BTR, however the growth in the market has been despite of, not due to government policy and financial incentives. A pertinent question was raised as to where the BTR equivalent of Help to Buy for the Open Market Sale (OMS) was? His view is that BTR can provide the homes the next generation needs.

Other key elements raised were rent control dangers and the need for security of tenure, two elements often incorrectly linked together. There are no global examples where rent control has improved a residential market and more often than not, killed off the essential investment to grow the market. Security of tenure however, in the right way and not a return to regulated tenancies, is something professional L/L’s in the BTR market are not opposed to, tenants staying for longer is the ultimate goal.

The expansion of the BTR market into the regions including and beyond the prime centres of Manchester and Birmingham is also now widely seen.  Yields in the regions are improving making schemes more viable. In Birmingham 30% of all new residential construction is now BTR. The regions benefit from better returns, lower entry points for land purchases and lower build costs which improve viability compared to London, all of which has driven the increased investor appetite to the regions.

BTR is becoming a main stream product and more of a lifestyle choice, not just a forced option when purchasing is unaffordable.

There is still a long way to go however in terms of educating of this new sector, not just the public but also with councils and other public and private bodies when it comes to what BTR is and its benefits. A lack of understanding is not assisting the growth in this sector.

Overall, BTR is still an immature market, however based on its strong growth and evidence from the mature US equivalent market, it is likely that it will overtake not just the retail sector in the very near future, but also the much larger UK office sector and become a key core asset class in its own right. But to make this happen, the market needs institutional grade options to buy and needs to be more competitive with OMS in order to achieve this.