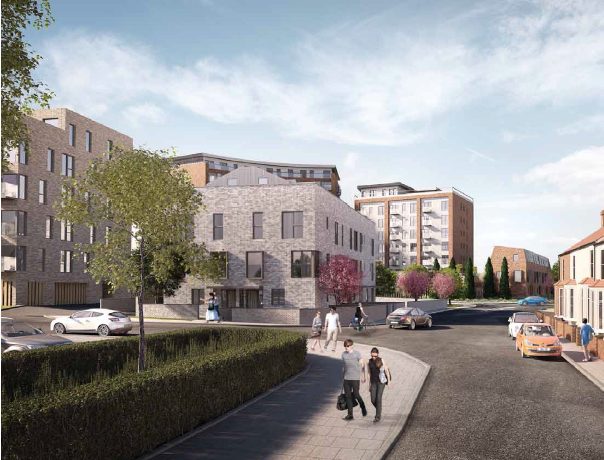 Godwin Developments has announced it has exchanged contracts on a site in Bletchley, Milton Keynes, where it will construct 184 apartments in phase one of a build-to-rent (BTR) scheme.

The development on Bletchley View will also include three commercial units and total more than 165,000 sq ft with a gross development value of £50 million for the first phase – part of a total project valued at £125 million.

James Mulcare, Land Director at Godwin Developments, said: “We are delighted to have exchanged contracts on such a prominent site in Bletchley. As an excellent commuter town, we see the development providing much needed private rented accommodation.”

Godwin was attracted to the site as it is in a prominent location and only a short three minute walk to the train station, offering a forty minute commute into London.

Bletchley is equally accessible by car, being just eight miles from Junction 13 of the M1 leading into the national motorway network.

The town is best known for Bletchley Park which was once the central headquarters for British codebreakers during World War II. The site was originally selected because it was equidistant between Oxford and Cambridge.

Construction is scheduled to start on site at the end of Q3 2019 with completion in early 2021. The development will include a mix of 1 and 2 bedroom apartments.

Godwin Developments was advised by law firm Morgan LaRoche and CBRE London sold the site on behalf of the bank.